Hongkong Post today (April 18) announced that a set of stamps on the theme of "Hong Kong, China - France Joint Issue on Art", together with associated philatelic products, will be released for sale on May 3.

Hongkong Post and France are jointly issuing a set of four stamps on art to showcase vintage paintings and contemporary sculptures from Hong Kong and France, reflecting their rich heritage in art. The two paintings, both works from the 19th century, employ a similar colour scheme with realistic rendering and artists' materials originating from the West, while the two sculptures, created in the 20th century, were both inspired by animals. This marks the 12th joint stamp issue between Hongkong Post and other postal administrations. The stamp issue demonstrates the great passion for art that Hong Kong and France share and showcases the cultural treasures of the two places.

Official First Day Covers will be on sale at $1 each at all post offices from April 19. Stamps and associated philatelic products will be displayed at the General Post Office, Tsim Sha Tsui Post Office, Tsuen Wan Post Office and Sha Tin Central Post Office from the same day. Advance orders for servicing self-provided covers will be accepted at all philatelic offices from April 19 to 25. Further information can be obtained from the website of Hongkong Post at www.hongkongpost.com. 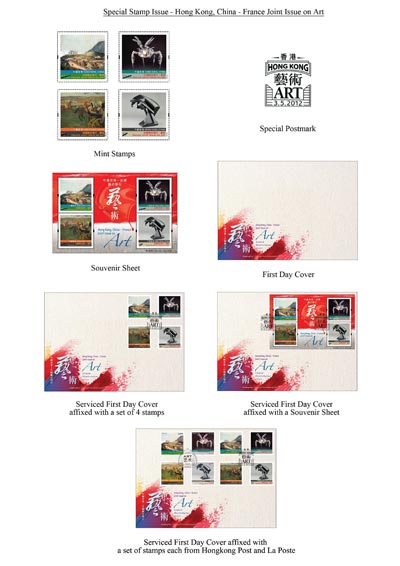 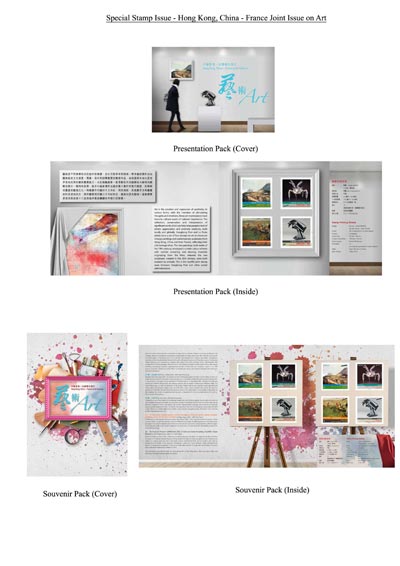