Hongkong Post today (June 4) announced that a set of stamps on the theme of "Working Dogs in Government Services", together with associated philatelic products, will be released for sale on June 19.

A number of government departments in Hong Kong have set up working dog units to assist their staff in performing various duties such as quarantine inspection, narcotics interdiction, investigation and patrol, contributing notably to the maintenance of law and order and the safeguarding of public safety. Hongkong Post will issue a set of six special stamps to portray the working dogs from six government departments on duty with their handlers, giving a snapshot of the work done by the working dog units.

Official First Day Covers will be on sale at $1 each at all post offices from June 5. Concurrently, a set of six postcards featuring the working dogs of each of the six government departments at $12 each will also be available at all philatelic offices. The stamps and associated philatelic products will be displayed at the General Post Office, Tsim Sha Tsui Post Office, Tsuen Wan Post Office and Sha Tin Central Post Office from the same day. Advance orders for servicing self-provided covers will be accepted at all philatelic offices from June 5 to 11. Further information is available on Hongkong Post's website at www.hongkongpost.com and the Hongkong Post Mobile App. 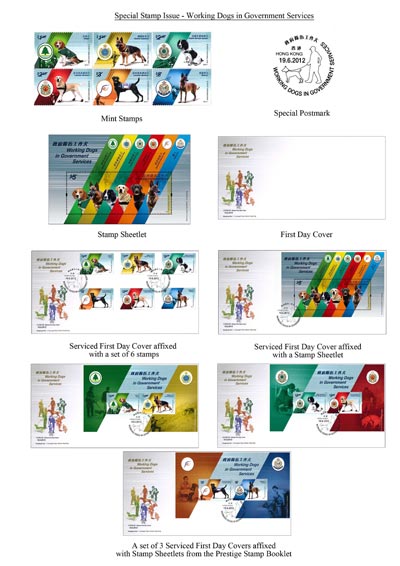 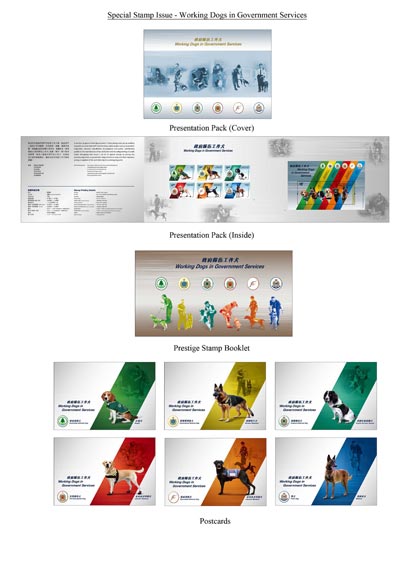 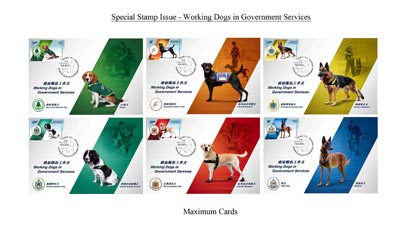