Cantonese opera is a major theatre genre in southern China and a highly valued traditional performing art in Hong Kong. With a live orchestra and special theatrical costumes, Cantonese opera is an art form involving many skills such as singing, acting, narration and martial arts.

Cantonese opera costumes come in a wide variety of styles and correspond to the identity and social status of the different roles performed on the stage. Hongkong Post is issuing a set of special stamps entitled "Cantonese Opera Costumes" and presenting seven distinctive costumes, namely the great Han costume, a gown with a sloping collar, a dress for young ladies, a military uniform for soldiers, a python ceremonial robe, a gown with a vertical collar and grand armour. The stamps feature intricate illustrations of Cantonese opera costumes modelled on real ones worn in live performances.

The performers on the $10 stamp sheetlet are dressed in grand armour, playing the marshals of "The Joint Investiture" and projecting a heroic, gallant and formidable demeanour. 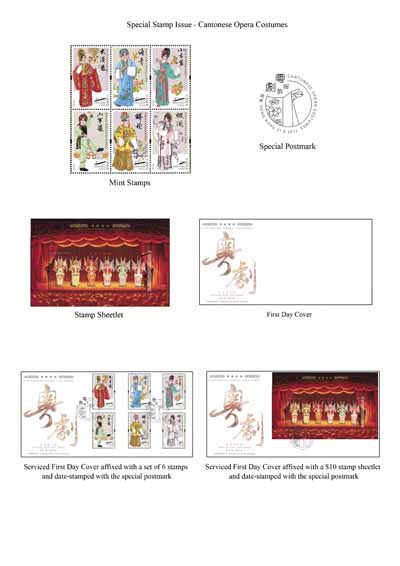 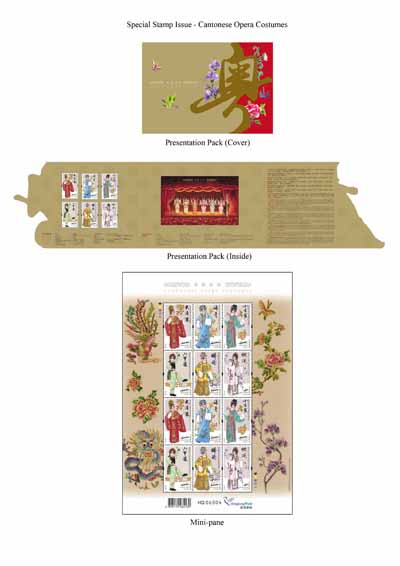