Hongkong Post today (March 2) announced that a set of special stamps entitled "Astronomical Phenomena" will be released for sale with associated philatelic products on March 17 (Tuesday).

The universe has inspired awe and wonder for aeons. In the old days, stars could only be observed with the naked eye. Now, technology helps us to explore the boundless universe and unveil the secrets of outer space. The upcoming "Astronomical Phenomena" special stamp issue introduces us to the fascinating world of astronomy. It features seven well-known types of astronomical phenomena, namely solar eclipses, lunar eclipses, meteor showers, comets, sunspots, moon-planet conjunction and Saturn's ring tilt variation. Other attractive products in this stamp issue include:

On April 4 this year, a total lunar eclipse will occur and, weather permitting, be clearly observed in Hong Kong. To mark this special occasion, a cachet with the theme of "Astronomical Phenomena" will be available at all philatelic offices and the Hong Kong Space Museum from March 17 to April 4. In addition, to arouse the interest of the younger generation in astronomy and philately, Hongkong Post will organise school tours and workshops in collaboration with the Hong Kong Space Museum. Details will be announced separately.

Information about this special stamp issue and associated philatelic products is available from Hongkong Post's website at www.hongkongpost.hk and via the Hongkong Post Mobile App. 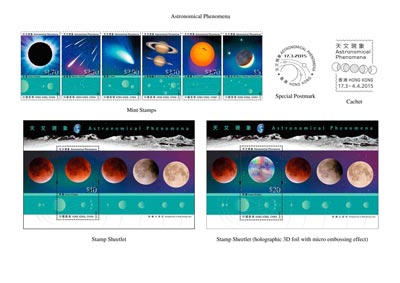 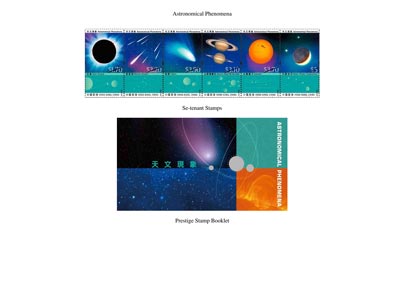 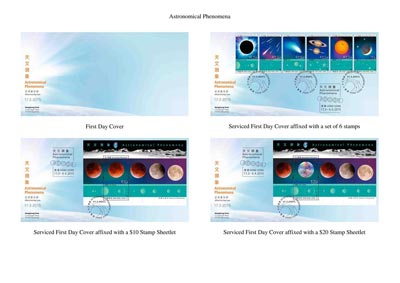 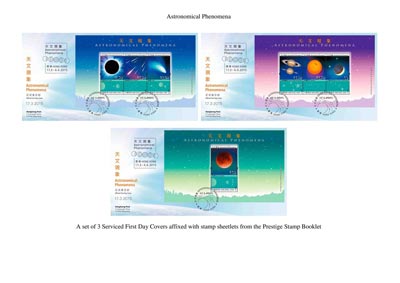 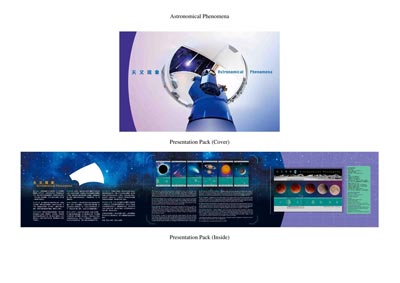 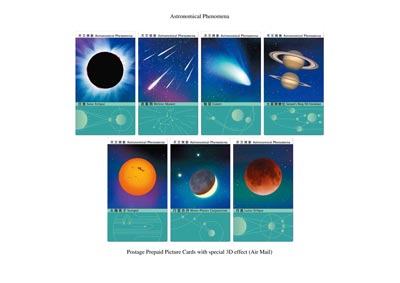