Adopting 3D-style graphics to highlight the exciting elements of the Games, the four stamps showcase a number of sports in which the Hong Kong Olympic team has participated, including windsurfing and rowing ($1.40), badminton and archery ($2.40), table tennis and cycling ($3), and swimming and athletics ($5). Embedded in the design of each stamp is a digit. With all four placed together, "2012" is spelled out. The stamps combine to form a complete sphere, with colourful cylinders that resemble fireworks to suggest the excitement and vitality of the Games.

Information about this special stamp issue and associated philatelic products is available on Hongkong Post's website at www.hongkongpost.com and the Hongkong Post Mobile App. 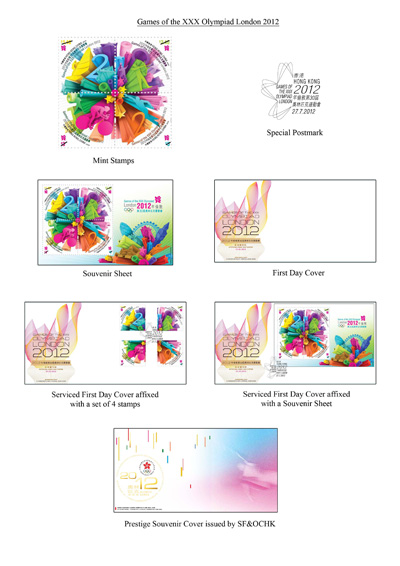 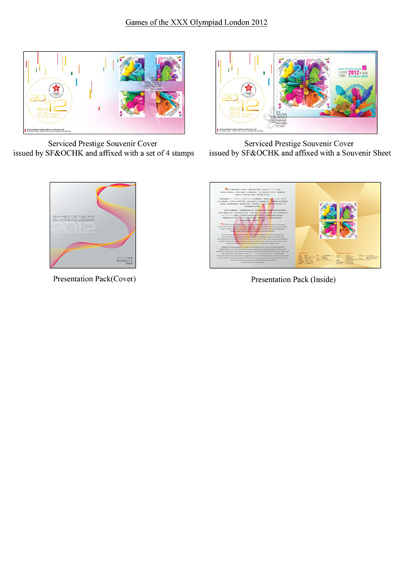