Hongkong Post today (November 5) announced that two special stamp issues and associated philatelic products will be released during "Hong Kong 2015 - 31st Asian International Stamp Exhibition" to be held at the Hong Kong Convention and Exhibition Centre from November 20 to 23.

To commemorate this major international philatelic event, Hongkong Post is issuing a series of three stamp sheetlets printed in lithography plus hot foil stamping on the theme of "Shopping and Dining" to highlight the charms of Hong Kong as a shoppers' paradise and a culinary treasure trove. Following the issue of Stamp Sheetlet Series No. 1 on September 18, 2014, Stamp Sheetlet Series No. 2 and No. 3 will be released for sale with associated philatelic products on November 20 (Friday) and 23 (Monday) respectively.

The three stamp sheetlets adopt a common design concept, with each resembling a large stamp decorated by silhouettes of consumer goods and gourmet food to echo the theme of "Shopping and Dining" for the stamp exhibition.

Information about these special stamp issues and associated philatelic products is available on Hongkong Post's website at www.hongkongpost.hk and the Hongkong Post Mobile App. 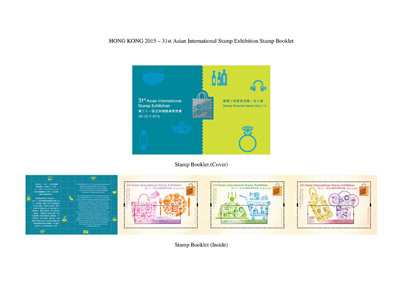 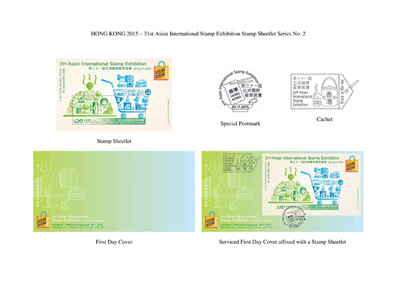 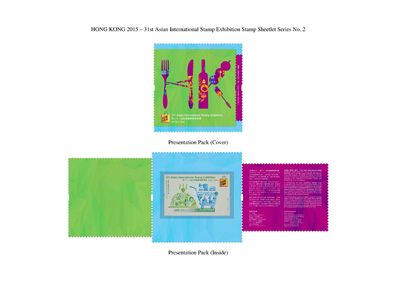 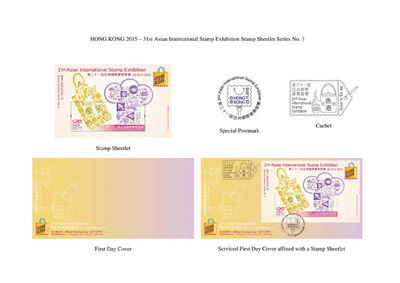 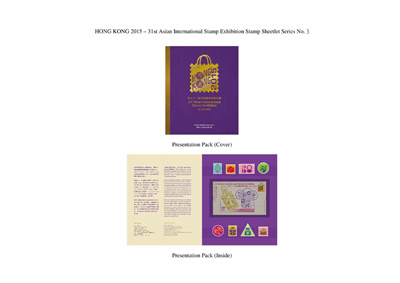