Hongkong Post announced today (December 31) the release of a set of special stamps on the Year of the Monkey, together with associated philatelic products, which will go on sale on January 16, 2016 (Saturday).

In Chinese folklore, the monkey, one of the 12 Chinese zodiac animals, is clever, agile and energetic. To usher in the Year of the Monkey in 2016, Hongkong Post presents a special set of four stamps and a stamp sheetlet, with the monkey motif represented on a variety of contemporary as well as traditional art and craft items. The stamp designs are enriched by patterns of auspicious plants in the background to symbolise prosperity and good fortune. These stamps are the fifth set in the fourth Lunar New Year special stamp issue series issued by Hongkong Post.

A silk stamp sheetlet, featuring a monkey motif surrounded by peaches and peach blossoms to represent longevity and blessings, is also being released to celebrate the Spring Festival. In addition, Hongkong Post is releasing the fourth issue in the second series of Gold and Silver Stamp Sheetlet on Lunar New Year Animals - Ram/Monkey. The Ram stamp is hot-foiled with silver while the Monkey stamp is affixed with 22K gold-plated lace metal. Accompanied by a certificate of authenticity, this stamp sheetlet makes a perfect collectible.

Two Heartwarming Stamps (2016 version), Year of the Monkey mini-panes, which adopt the respective designs of the $1.70 and the $3.70 mint stamps in the Year of the Monkey special stamp issue of 2016, will be released for sale at all philatelic offices from January 16.

Information about this special stamp issue and the associated philatelic products is available on Hongkong Post's website at www.hongkongpost.hk and via the Hongkong Post Mobile App. 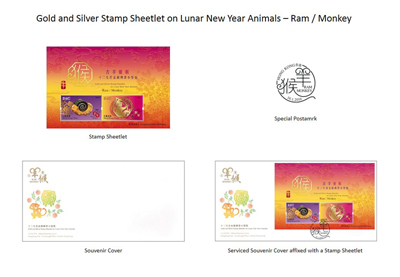 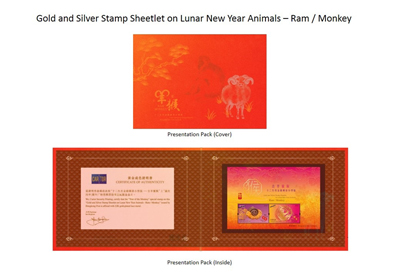 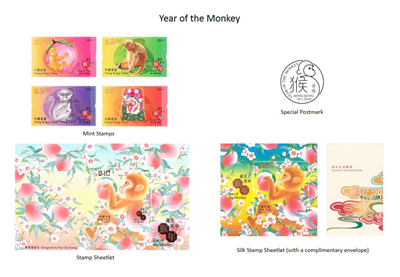 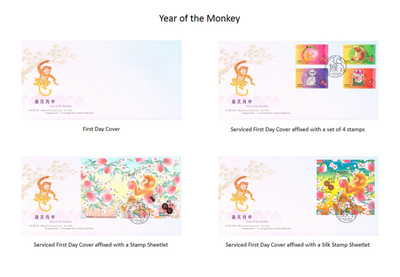 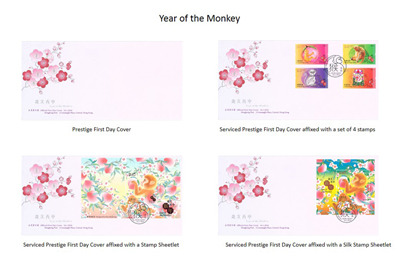 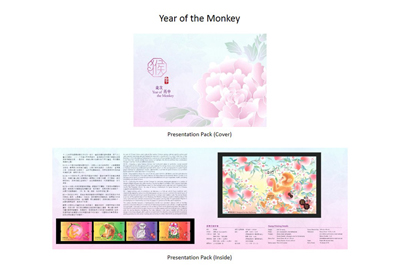 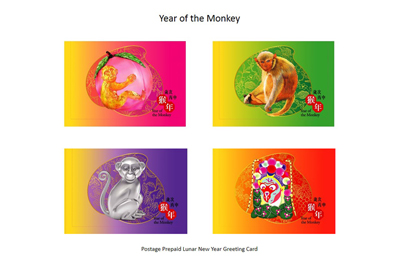 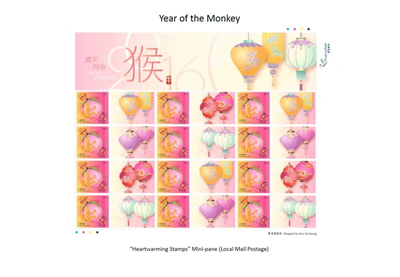 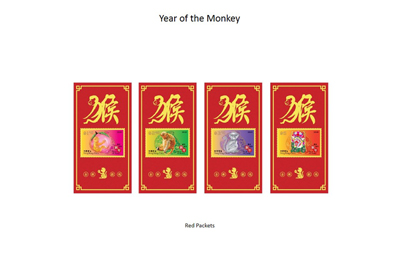