Hongkong Post announced today (June 21) that a stamp sheetlet with a theme entitled "57th International Mathematical Olympiad 2016", with associated philatelic products, will be released for sale on July 6 (Wednesday).

The International Mathematical Olympiad (IMO) has been running annually in different countries and territories since 1959 and now has more than 100 teams competing. The IMO is a competition for secondary school students. The event provides an opportunity for young people from around the world who are under the age of 20 and gifted in mathematics to exchange experiences and nurture their interest in mathematics.

Hong Kong has been participating in the IMO since 1988, with six contestants handpicked annually by the International Mathematical Olympiad Hong Kong Committee (IMOHKC) from among the students attending training courses. The 57th IMO, to be hosted by the IMOHKC, will be held in Hong Kong from July 6 to 16. To mark this major mathematical event, Hongkong Post is issuing a stamp sheetlet on the theme.

To add philatelic interest, the stamp of this stamp sheetlet is circular in shape, following the first issue of a circular stamp in 1999. A geometric problem formulated by Hong Kong and adopted as one of the questions in the 2010 IMO is shown on the stamp.

Information about this special stamp issue is available on Hongkong Post's website at www.hongkongpost.hk and the Hongkong Post mobile app. 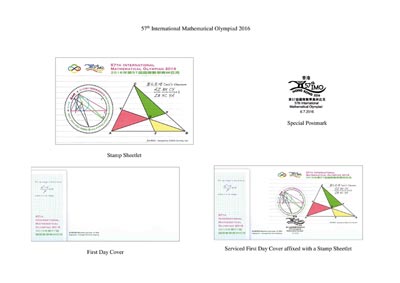 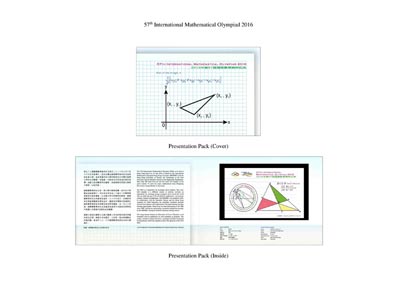