Hongkong Post today (December 13) announced that three new definitive stamps in denominations of $2.60, $3.40 and $4.90 will be released for sale with associated philatelic products on January 1 (Monday). The designs of the new stamps are in line with those of the definitive stamps issued in 2014, based on the distinctive landforms and landscapes of the Hong Kong UNESCO Global Geopark.

Located in the eastern part of Hong Kong and extending from the northeast New Territories to the Sai Kung area, the Hong Kong UNESCO Global Geopark is a single entity that comprises two regions, namely, the Northeast New Territories Sedimentary Rock Region and the Sai Kung Volcanic Rock Region, each with its own unique geological features. The three new definitive stamps are:

There will be no mail delivery on the public holiday on January 1. One mail collection will be made for the posting boxes of the above six post offices. 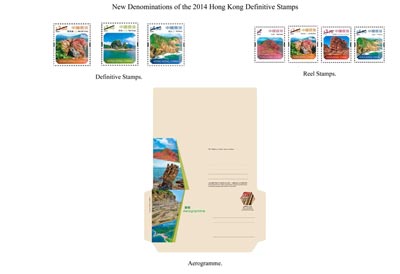 Definitive stamps, reel stamps and aerogramme with a theme of "New Denominations of the 2014 Hong Kong Definitive Stamps". 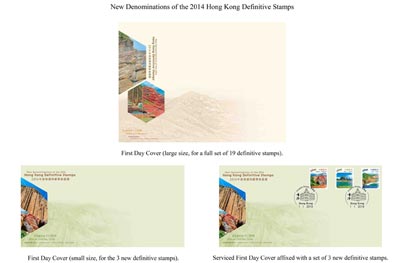 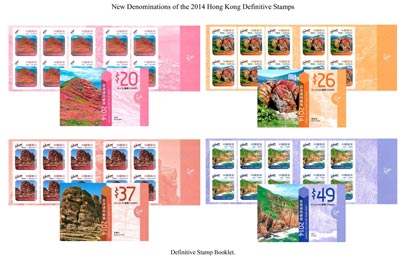 Definitive stamp booklets with a theme of "New Denominations of the 2014 Hong Kong Definitive Stamps".