The "MACAO 2018 – 35th Asian International Stamp Exhibition" (MACAO 2018), the first major international philatelic event hosted by Macao, will be held from September 21 to 24 at the Venetian Macao - Convention & Exhibition Centre. Hongkong Post will issue a stamp sheetlet to commemorate its participation at this significant event.

The stamp sheetlet depict the lotus and the Bauhinia blakeana, representing Macao and Hong Kong respectively. The conjunction of the two species is a metaphor for the exchange of ideas on stamp designs between the two places. The largely green background not only makes the magenta flowers more prominent, but also echoes the green logo of MACAO 2018, symbolising Hongkong Post's support for the exhibition. 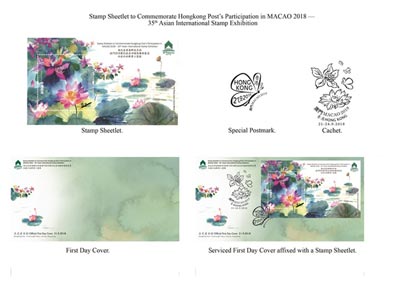 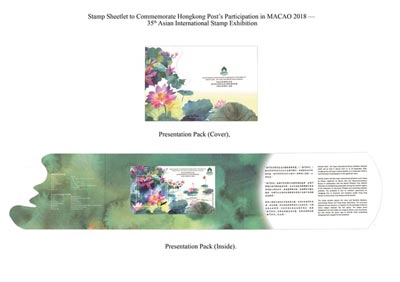