Hongkong Post announced today (October 25) the release of a stamp sheetlet to commemorate the bicentenary of Ying Wa College, together with associated philatelic products, on November 9 (Friday).

Founded in Malacca in 1818, and relocated to Hong Kong in 1843, Ying Wa College is the oldest school extant in Hong Kong. The name of the school, Ying Wa, the transliteration of the Chinese school name literally meaning "English and Chinese", reflects the school's founding mission of promoting reciprocal cultivation of Chinese and English literature.

Ying Wa College has played a pivotal role in the development of Sinology, Chinese translation, Protestant missionary work in China, Hong Kong's Western education model, and publication and printing of Chinese newspapers and periodicals. Today, living up to the school's mission of spreading the gospel, Ying Wa College is committed to providing quality education for students to foster all-round, balanced development and to nurture them to be good citizens with talents and virtues. The year 2018 marks the bicentenary of Ying Wa College, and Hongkong Post is issuing a stamp sheetlet to commemorate this important milestone. 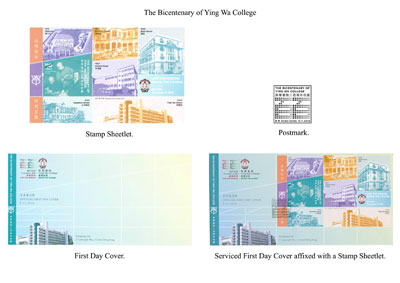 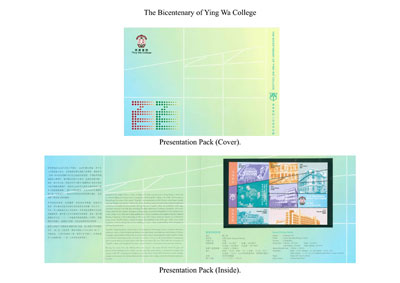 Presentation Pack with a theme of “The Bicentenary of Ying Wa College”.