Hongkong Post today (January 12) announced that a set of special stamps entitled "Year of the Snake" will be released for sale with associated philatelic products on January 26 (Saturday).

The use of animals to mark the 12 components of the Lunar New Year cycle is a long-held tradition in China. Frequently used as the theme for Chinese arts and crafts since ancient times, the 12 Chinese zodiac animals have profound significance in Chinese folk handicrafts. 2013 sees the arrival of the Year of the Snake. This issue is the second Lunar New Year special stamp issue in the fourth series released by Hongkong Post. The special stamps use different types of traditional Chinese arts and crafts to signify the theme of the Year of the Snake. A silk stamp sheetlet is also being released for the occasion, making the sheetlet a precious gift for relatives and friends in the Lunar New Year. Moreover, Hongkong Post is launching a new series of "Gold and Silver Stamp Sheetlet on Lunar New Year Animals - Dragon/Snake" to celebrate the Spring Festival. Different from the last series, the dragon stamp is hot-foiled with silver while the snake stamp is affixed with the first-ever 22K gold-plated lace metal, making this a prestigious and valuable collectible that cannot be missed. 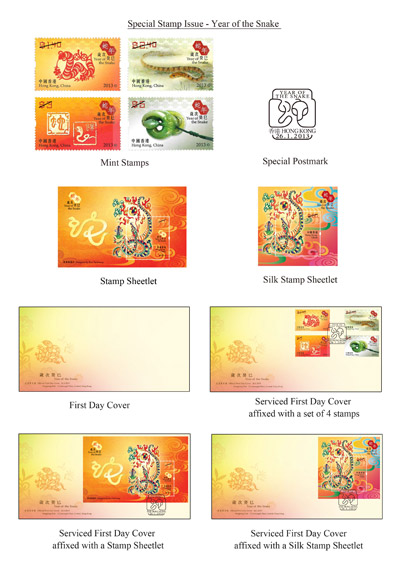 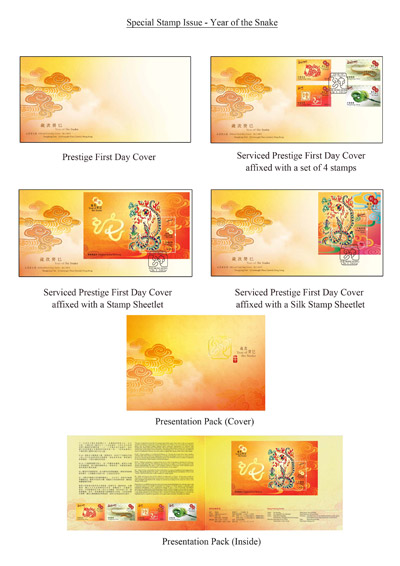 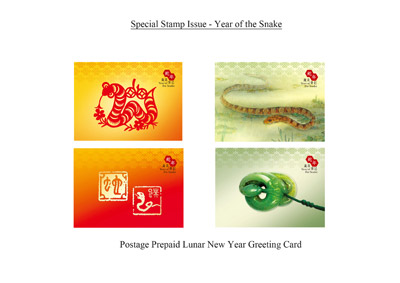 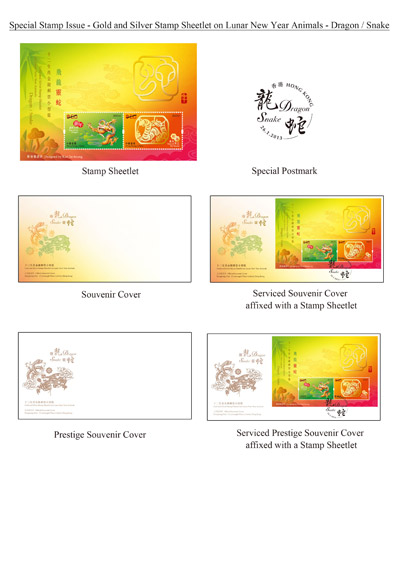 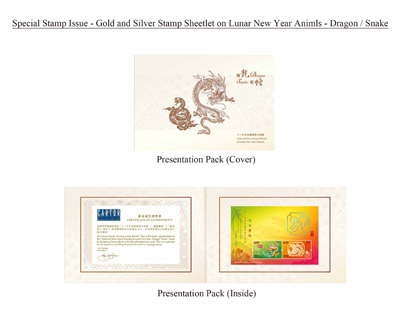