This set of six commemorative stamps is in a style of oil painting in vibrant colours with a lively tone, to create a joyful atmosphere for the SPCA's centenary celebration. The stamps feature six animals, comprising a mongrel, a hamster, a red-eared slider, a rabbit, a domestic shorthair and a cockatiel, and each conveys a dedicated message.

The $2 stamp portrays a mongrel, which stands for the effort the SPCA has put into raising the welfare of mongrels over the years, including medical care and behavioural training, so as to encourage more people to adopt mongrels as companion pets. A hamster is shown on the $2.60 stamp, reminding public to care for all animals regardless of their species or size. The $3.40 stamp shows a red-eared slider to alert people to the harmful impact on animals brought by inconsiderate mercy releases.

A rabbit is illustrated on the $3.70 stamp, representing the SPCA's work in closely following up on complaints and assisting in investigations of suspected abuse cases to safeguard animal welfare and prevent animal abuse. On the $4.90 stamp is a domestic shorthair. The SPCA strives to control the number of street cats and improve their welfare more humanely and sustainably by promoting street cat desexing through the "Cat Colony Care Programme". Lastly, a cockatiel is depicted on the $5 stamp, advocating for "duty of care" and educating the public to take reasonable measures in looking after the welfare needs of animals.

On top of their commemorative and educational value, the philatelic products are also exquisitely designed. The most eye-catching product must be the presentation pack, which is designed to look like a birthday card, with colourful ribbons and flags on the cover and a pop-up illustration of animals wearing cute birthday hats on the inside, extending their congratulations to SPCA on its centenary.

Starting from June 22, this set of commemorative stamps and associated philatelic products, including a first day cover, mint stamps, a souvenir sheet, a collector card, a presentation pack, postcards, maximum cards and serviced first day covers, will be placed on sale at post offices. 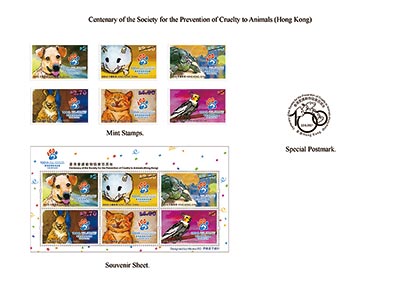 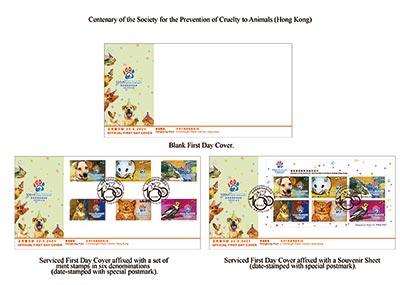 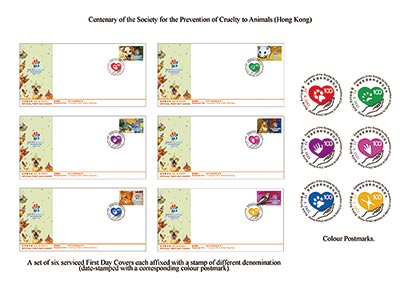 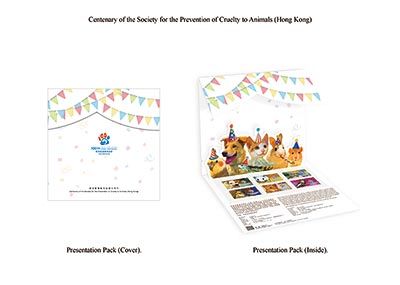 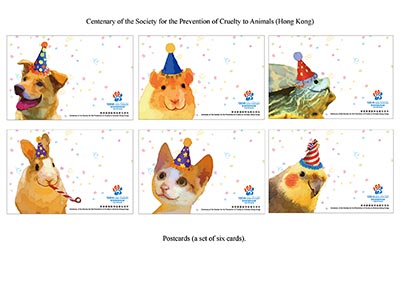 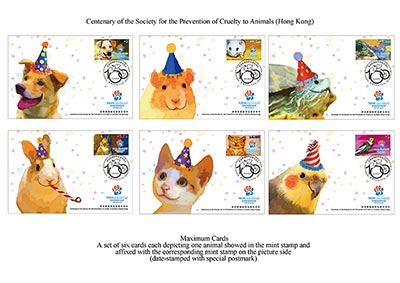 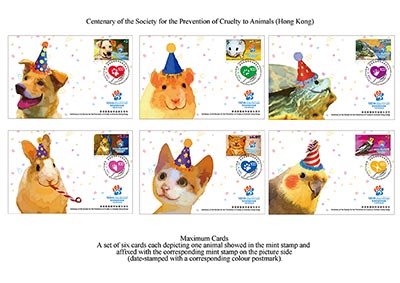