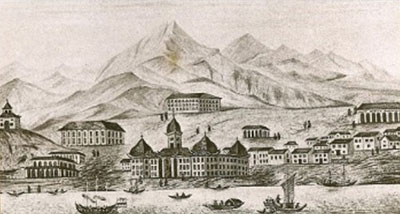 Hong Kong has a long history of postal service. The first General Post Office was established in November 1841. As far as can the ascertained in early plans kept in the Land Office, the small post office building stood on the slope above St. John's Cathedral . On the New Year's Day 1846, the Post Office was relocated to a grand new building located near Pedder's Wharf on the corner of Queen's Road and Pedder Street. It was the second General Post Office Building. 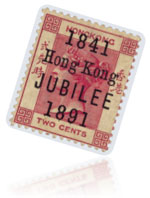 In 1862, Hong Kong issued its own postage stamps for the first time. Bearing the head of Queen Victoria, they came in denominations ranging from two cents to 96 cents. Their use became compulsory by 1864.

In 1877, Hong Kong joined the Universal Postal Union (UPU). By 1879, the postage rates to any country in the UPU from Hong Kong was a flat rate of ten cents, a six-cent drop in price.

Hong Kong celebrated its 50th Anniversary as a British colony in 1891. To mark the occasion, the Post Office issued a commemorative stamp, a limited edition of the two-cent carmine Queen's head, overprinted with "1841 Hong Kong Jubilee 1891".

The posting boxes in Hong Kong came into existence back in the Victorian days. The boxes in those days bore the royal cypher "VR" (the monogram for Victoria Regina). The surviving Victorian posting boxes is now on display at the Hong Kong Museum of History and the Postal Gallery in the General Post Office. 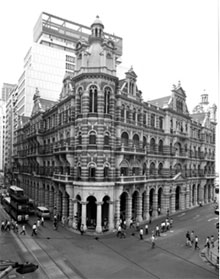 The demand for postal service increased. In step with social and economic development in Hong Kong. the third General Post Office located at the corner of Pedder Street and Connaught Road was opened in 1911.

The main entrance to the new building was situated on Pedder Street. The Connaught Road side of the building, which was on the waterfront at that time, was for loading and unloading seaborne mail.

Conveyance of Mail by Rail and by Air

The completion of the Kowloon Canton Railway in 1911 provided an alternative route for mail going into The Mainland. Starting from 1912, all mail between Great Britain and the Far East travelled by the Trans-Siberian Railway unless marked for sea mail.

The first experimental air mail flight took place on 4 November 1932, by air to Marseilles and then by surface to London. On 27 March 1936, a regular air mail flightby Imperial Airways was inaugurated. 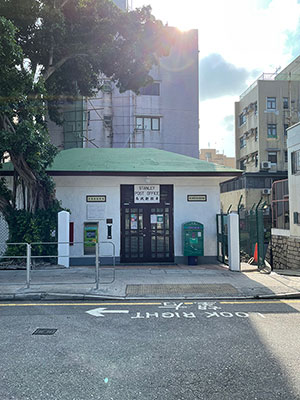 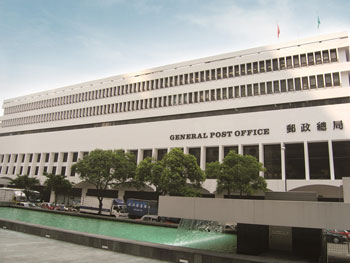 The General Post office at Connaught Place was opened on 11 August 1976. As a comprehensive postal facility, it not only provides counter service, Post Office Box service, but also houses a sorting office and a delivery office. 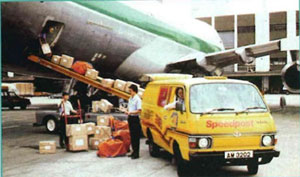 The International Mail Centre in Hung Hom was opened in June 1980. It processed 100 tonnes of mail every day. With the commissioning of the Mechanised Letter Sorting System in July 1990, the speed of mail sorting improved significantly.

Know More About the Postman Uniform

In May 1997, Hongkong Post adopted a new corporate logo of a humming bird to highlight our commitment to offer quality and customer-friendly services that provide good value for money to our customers. 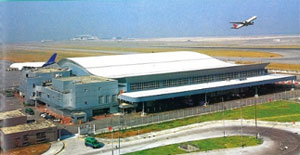 Located at the Hong Kong International Airport at Chek Lap Kok, ,the New Air Mail Centre was opened on 6 July 1998. 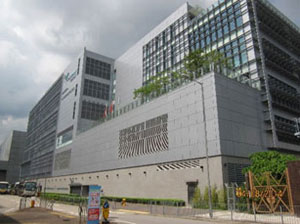 Looking ahead, pursuant to the mission of "Linking People, Delivering Business", Hongkong Post will continue to provide a diverse range of products and services to the public and corporate clients in response to their service needs.